It’s common for most people to associate substance abuse with unkempt, disheveled, delinquent adolescents who hang out, party, and use illicit drugs and alcohol. This relationship has been depicted in movies, music, and conversation for decades. However, it’s uncommon for people to think of an elderly man or woman when substance abuse comes to mind. Society has fallen into the pit of stereotypical ignorance. Unsavory teens are not the only ones engaging in substance use. Elderly substance abuse is a rising concern. Knowing the signs and the resources available can help make a recovery a reality.

What is the leading substance abuse problem among the elderly? 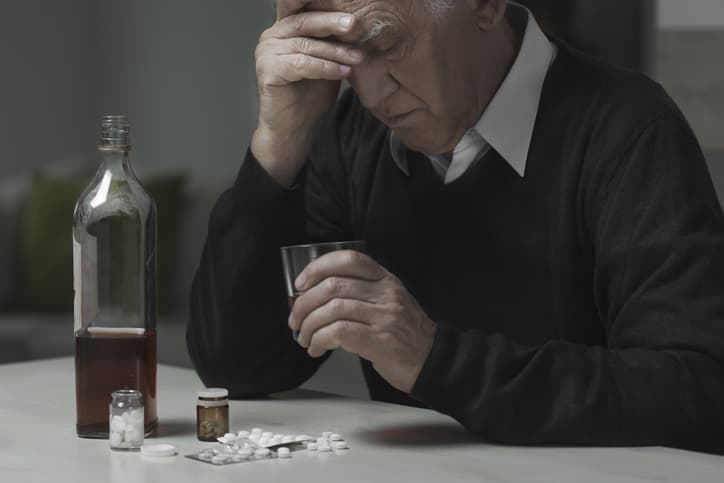 One study conducted documented a 107% increase in alcohol use disorders in adults aged 65 and older from the years 2001 to 2013. More than a tenth of this age group binge drink. Binge drinking is described as five or more drinks for men and four or more drinks for women on one occasion.

Statistics show that alcohol is the leading substance abused among the elderly today. Other substances used by the elderly are prescription medications, pain medications, marijuana, and nicotine. Comorbidity of substance use disorders with anxiety and depression disorders is common. Early detection and intervention could result from knowing the signs and symptoms associated with these co-occurring disorders, which could result in early detection and intervention.

What are the rates of depression, anxiety, and substance abuse in the elderly?

It’s estimated that one in four adults has a significant mental disorder, including depression and anxiety disorders. Over the next 25 years, the approximate number of older adults with major psychiatric illness is projected to more than double the number in 2015, which was an estimated 7 to 15 million. These staggering statistics demonstrate the critical need for all ages, classes, and communities to have access to resources.

A study conducted by the Hanley Center found that 63% of adults blamed depression and anxiety for their substance use. The relief from symptoms associated with depression and anxiety disorders is a powerful motivator of substance use among all age groups. The elderly are transitioning into a new phase of life, sometimes believed to be unpleasant. This progression toward the end of life can be intimidating and leave a person with feelings of helplessness and loss of control.

Dr. Barbara Krantz, Medical Director at the Hanley Center, explains that the transitional period older adults experience is challenging and may lead to difficulty regulating emotion in stressful situations, which can lead to serious anxiety and depression. They may feel compelled to self-medicate. Self-medicating in an attempt to manage anxiety and depression symptoms is a slippery slope and can effortlessly develop into a substance use disorder.

What are the 5 Stages of Grief?

When a man or woman perceives that they are transitioning into the stage of life that can be the most arduous, many experiences the five stages of grief. They can feel like the best part of their lives is nearing an end and may experience the mourning process. Family members can help provide support by recognizing these stages and how they may manifest.

What is alcohol withdrawal and what resources are available? 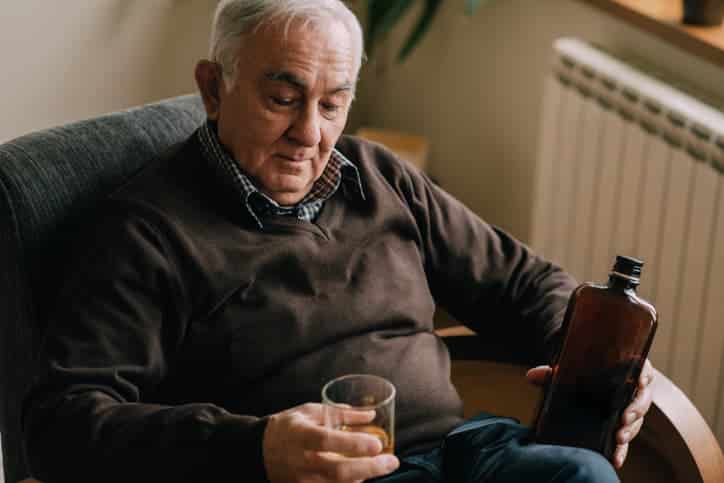 Alcohol withdrawal occurs when someone who suffers from alcohol addiction suddenly decreases their alcohol consumption or abstains completely. Withdrawal can create some aversive symptoms which can last a few days to a few weeks. Severity can range from mild to moderate.

Signs and symptoms can include, but are not limited to:

From 2000 to 2012, older adults seeking rehabilitation increased from 3.4% to 7.0%. This increase is speculated to be the consequence of an increase in rehabilitation resources available. Accessing resources has become easier in recent years than it ever has been in the past.

One available resource that should be considered for anyone struggling with alcoholism is Alcoholics Anonymous. This group is a free resource for all age groups struggling with alcohol addiction. AA follows a set of 12 spiritual principles with their mission being to gain sobriety and help others achieve the same along the way. The 12 steps of alcoholics anonymous are based on simple concepts.

The 12 Steps of Alcoholics Anonymous:

What are 5 warning signs of a substance use disorder in the elderly?

The importance of being aware of the signs of substance use disorders in the elderly cannot be stressed enough. Early detection and intervention are key factors in effective and timely rehabilitation. Some signs to be aware of include but are not limited to:

If you or someone you love has experienced any of the symptoms of a substance use disorder, consult with your doctor. Your doctor can provide you with referrals for treatment and other outside resources to set you or your loved one on the path to successful recovery. Substance use disorders are not something that have to be tackled alone. Help is out there, it just has to be sought after, accessed, and utilized.

University of Washington. (2020). Stages of Grief: Accepting the Unacceptable.